Next Meditation and Writing Group Meets on Novembr 5, 2016 
We will be meeting again on the first Saturday of the month, November 5, 2016. I'd like to focus this session on themes of impermanence whether seasonal, personal, or momentary. There is a rich body of work from around the world to draw inspiration from.
Among the most famous is Issa's written upon the death of his infant daughter--

Posted by Jacqueline Gens at 6:09 AM


The ten thousand changes follow each other
away–so why shouldn’t living be hard?
And everyone dies. It’s always been true,
I know, but thinking of it still leaves me
grief-torn. How can I reach my feelings?
a little thick wine, and I’m soon pleased
enough. A thousand years may be beyond me,
but I can turn this morning into forever.
Yet T’ao Ch’ien knows also that by noon forever will be gone.

Posted by Jacqueline Gens at 12:54 AM

For David Hernandez
A grandfather whose kindness I can never repay 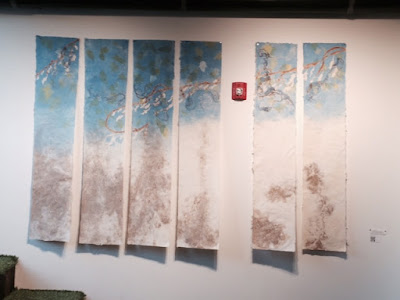 Joe Arak has been writing poems on the back of envelopes, cereal boxes and in notebooks with unnumbered pages for many years. He currently runs a marketing business based in Amherst, meditates at Shambhala Center in Northampton, and looks for poetry wherever his mind takes him.

Terry Carter - I am a visual/performance artist, and made up my first poem around six. My mother wrote it down as I dictated. As a young adult I did extensive traveling throughout the U.S creating images & prose in my sketch book as I traveled and experienced the world. During that period I attended a couple semesters at Naropa Institute in Boulder Colorado. It was at Naropa I got first hand exposure , often sitting in on the readings of such great Beat Poets as Diane DiPrima, William Burroughs , and Allen Ginsberg . In resuming my love of prose I've attended classes & workshops taught by regional poets including Verandah Porche, and Jacqueline Gens. In my later work I often attempt addressing political merged with personal , and contemporary social issues.

Jacqueline Gens is the co-founder of the New England College MFA program in poetry, the first poetry only MFA program in the US, which she co-directed for a decade. For many years she worked for the late poet Allen Ginsberg and at the Naropa University. Now retired she conducts meditation and writing workshops and is an avid blogger at Poetrymind in addition to overseeing the Khandroling Paper Cooperative, a unique artist collaborative emphasizing contemplative arts affiliated with the Dzogchen Community located in Western Massachusetts..

Kichung Lizee is a Korean-born American artist and Buddhist practitioner who uniquely blends Eastern calligraphy and Western thematic materials. She has taught and exhibited internationally and curated many exhibits bringing together Eastern calligraphers and Western artists. She was honored with a special award in 2008 at the Seoul International Calligraphy Biennale, Korea, and has been a featured artist at the Asian Art Museum, San Francisco, CA, the Jordan Schnitzler Museum of Art, Eugene, OR, and the Turchin Center for Visual Arts, Boone, NC. She makes her home in Western Mass.

Other readers include Barbara Paparazzo and Jim Bauerlein.

Join us for a frog's view of Basho's Pond and sound of Haiku and other poems for a lively evening.

Mill 180 Park is an indoor hydroponic park, one of Easthampton's newest venues with hydroponic plants, exhibit space, a restaurant bar, and open green areas for kids and adults. 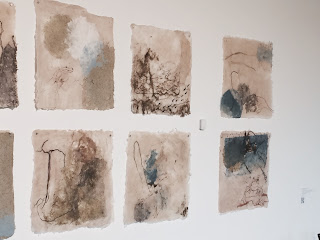 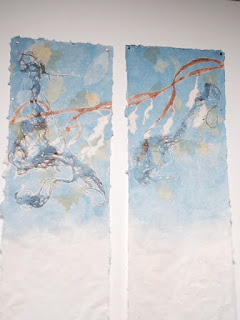 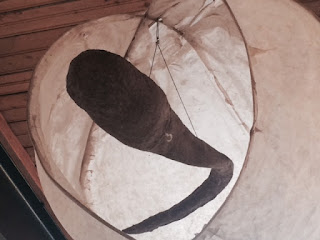 SOME of Sheryl's imagery in the Gallery Photos by Kathleen Mulligan and Naomi Zeitz
Posted by Jacqueline Gens at 6:21 PM