LOSAR POEM for Year of the Water Snake 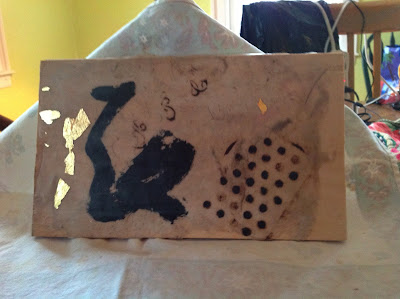 So this is the dawning of the Age of Aquarius
That long awaited communitas, with its panacea of universal love
Destined to unlock hard hearts.

Let the water snakes torpedo with their periscopic heads
As they propel us into sights beyond the norm to shed
Fixations, mental concepts and mean thoughts, our usual
Stale fare.

Let’s take our daily frights into the realm of self-manifest
Iridescence
Shed a skin; trade our complacency for wisdom mind
Wake to never ending freshness
And the minds true liberation

May all beings unearth the bounty of their innate treasure
And share in the grace of harmony
Released at last when love will steer the stars.

Posted by Jacqueline Gens at 8:23 AM