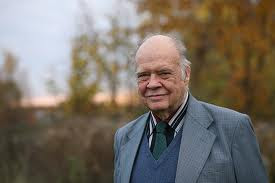 On December 16, 2010 E. Gene Smith, founder of the Tibetan Buddhist Resource Center passed away. Gene was universally known among both Western born and Tibetan scholars as the man responsible for saving the vast treasury of Tibetan Literature. His digital library is the most comprehensive in the world. The leap from the centuries old tradition of printing with carved woodblocks to storing an entire library of millions of pages in the palm of your hand is one of digital technologies most interesting stories.
A memorial service is planned in NYC at the Cathedral of St. John the Divine on February 12.
There is a blog dedicated to Remembering Gene Smith with a rapidly growing list of eulogies.
NY Times Obituary
I met Gene once on a trip organized by the Shang Shung Institute where a number of us (Jim Valby, Stephanie Scott and myself) accompanied Chogyal Namkhai Norbu to visit Gene at his home in Cambridge, MA. Every square inch of the multi-storied townhouse was filled with colorful cloth-covered Tibetan texts in various stages of digital scanning. Not only was Mr. Smith responsible for collecting rare Tibetan texts over the past 40 years but his digital library with over 4 million scanned pages preserves for future generations the vast treasury of Tibetan culture. The availability of these texts also ensures access by everyone of complete manuscripts, a major advantage of digital formats over printed folios used in Tibetan books. To read more about his contribution to Tibetan Culture, see the links below. A film about his work is currently in production.
Biographical details from Wikipedia

Smith was born in Ogden, Utah to a traditional Mormon family. He studied at a variety of institutions of higher education in the U.S.: Adelphi College, Hobart College, University of Utah, and the University of Washington in Seattle.

At Seattle, he was able to study with Dezhung Rinpoche and members of the Sakya Phuntso Phodrang family who had been brought to Seattle under the auspices of the Rockefeller Foundation grant to the Far Eastern and Russian Institute. He studied Tibetan culture and Buddhism with Dezhung Rinpoche from 1960 to 1964 and spent the summer of 1962 traveling to the other Rockefeller centers in Europe to meet with other Tibetan savants.

In 1964 he completed his Ph.D. qualifying exams and traveled to Leiden for advanced studies in Sanskrit and Pali. In 1965 he went to India under a Foreign Area Fellowship Program (Ford Foundation) grant to study with living exponents of all of the Tibetan Buddhist and Bönpo traditions.

He began his studies with Geshe Lobsang Lungtok (Ganden Changtse), Drukpa Thoosay Rinpoche and Khenpo Noryang, and H.H. Dilgo Khyentse Rinpoche. He decided to remain in India to continue serious studies of Tibetan Buddhism and culture. He traveled extensively in the borderlands of India and Nepal. In 1968 he joined the Library of Congress New Delhi Field Office. He then began a project which was to last over the next two and a half decades, the reprinting of the Tibetan books which had been brought by the exile community or were with members of the Tibetan-speaking communities in Sikkim, Bhutan, India, and Nepal.

A few videos on You Tube about Gene's work and achievement on behalf of Tibetan culture. There are probably more on the internet.

Posted by Jacqueline Gens at 10:16 AM