Obama Still has Time for Poetry! 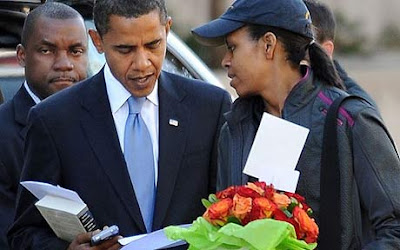 What---an elected official who reads poetry? Looks like what Obama is holding is the 500-page volume, COLLECTED POEMS 1948-1984 by Derek Walcot, one of 20 collections by the poet, theatre director and playwright, who has also written more than 20 plays. Walcott, who won the 1992 Nobel prize for Literature, is often described as the West Indies' greatest writer and intellectual. He was born in St Lucia in 1930 and is best known for his epic poem OMEROS, a reworking of the story of the Odyssey in a 20th century Caribbean setting.

Above article received from JCrows.com.

Check out Nick Kristof in this Sunday's NYTimes OP ed:

"Obama and the War on Brains" [http://www.nytimes.com/2008/11/09/opinion/09kristof.html?hp] about the return of intellectuals to US Goivernment-- after a long stretch of anti-intellectualism undermining the efficacy of science, fact-finding, and reason.
Posted by Jacqueline Gens at 7:38 AM

New Wildflowers ( A Woodstock Mountain Poetry Anthology) is Out 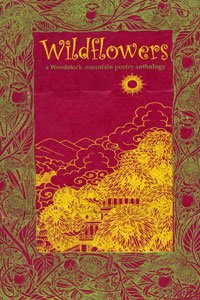 Wildflowers issue No. IX is out from Shivastan Publications. Don't ask me how to get a copy. A friend reported seeing a copy in London recently. But theoretically you can order it directly from Shiv at Shivistan Publications

Poems included in the anthology are by many old friends and poetic compatriots including Louise Landes Levi (who first introduced me to Shiv, George Quasha, Diane di Prima, and Joanne Kyger among others. MY first book Primo Pensiero is happening soon according to various friends.
Posted by Jacqueline Gens at 7:04 PM 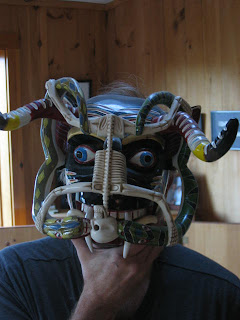 Write Action Radio Hour will present its fourth consecutive show on Brattleboro Community Radio at WVEW 107.07 FM with hosts Jacqueline Gens and Chard deNiord. Once a month, Gens and deNiord will host a thematic talk show highlighting both contemporary and traditional poetry. Their first show, "The Thin Time" in celebration of the Harvest season is scheduled for Sunday, November 2, 2008 at 5:00PM at Brattleboro 107.07 FM or live streaming on the internet at: http://www.wvew.org/

Works by Louise Gluck, Keats, Hayden Carruth, Galway Kinnell, Simon Ortiz, and Ruth Stone will be read and discussed among other poets. Tune in for this and a few surprises.

Our next show on November 30 will feature the theme "Family." You can be sure that it won't be all warm and fuzzy.


photo of Day of the Dead mask (carved by Juan Horta) by Liz deNiord
Posted by Jacqueline Gens at 11:38 AM